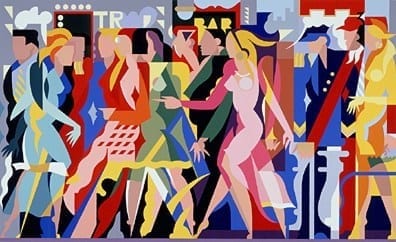 He studied at the « Liceo Artistico, » (Artistic Lyceum), and at the ‘Accademia di Belle Arti di Roma, » (Academy of Fine Arts of Rome), where he specialized in murals and mosaics, under the direction of some of the major Italian postwar artists: Giuseppe Capogrossi, Giuho Turcato, Umberfo Mastroianni, Mario Mafai and others.