You are here:
27 September 2019Leave a commentEventsBy admin 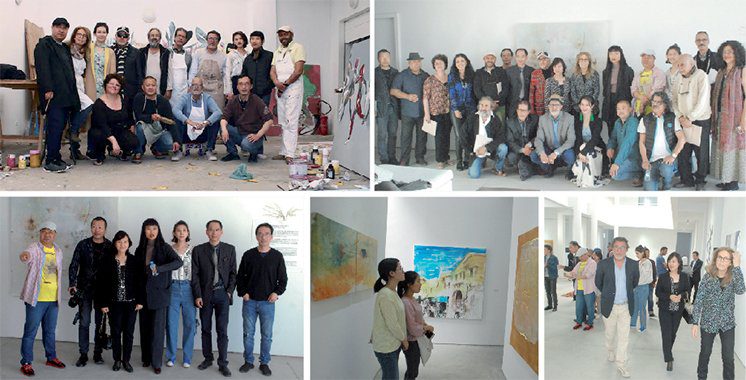 The house of contemporary art (MAC) Asilah-Briech has just welcomed the work of its international symposium of contemporary art, whose work has ended, recently, under the theme “Morocco-China: the road of art “. Since its launch in early summer 2013, this symposium has treated over the years several themes including the Moroccan diaspora, contemporary calligraphy in the world, African art and the Mediterranean and the Middle East. According to the organizers, this week-long event aimed to highlight contemporary art and Chinese folk art. “We wanted to devote this year to China for its great interest particularly in Morocco and especially following the cultural cooperation agreement signed between Morocco and the People’s Republic of China during the visit of HM King Mohammed VI to Beijing. “said the president of the Association for Art and Culture (Apac) Ahlam Lemseffer.

For his part, the artist and director of the center of modern art in Tetouan, Bouabid Bouzaid, stressed the importance of this symposium which allowed him to have new friends among Chinese artists. Despite the cultural differences and the geographical distance between the two countries,«we could communicate more easily between us thanks to our common love for contemporary art», he added.

The program of this symposium included a collective exhibition of the works of the participating artists (realized during this meeting) as well as a colloquium on the traces of Ibn Battouta. It was closed by a poetic and musical evening.