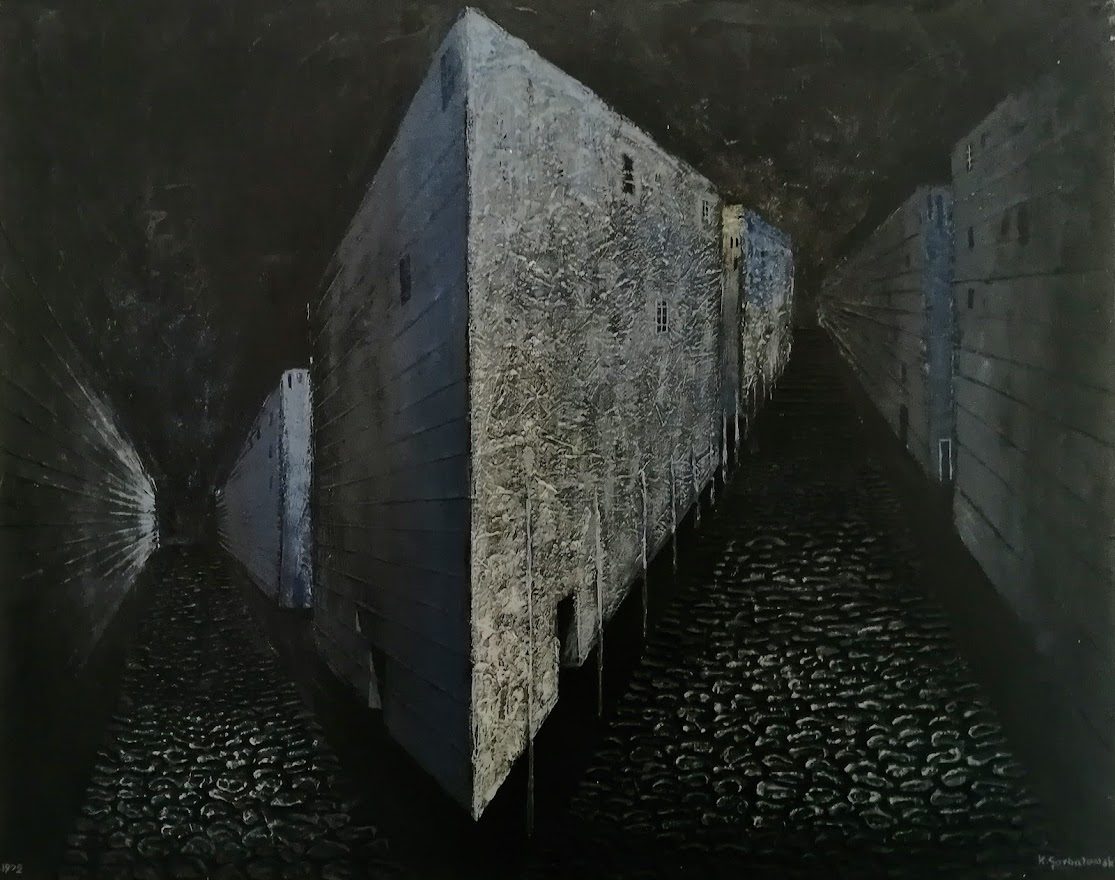 Born in 1914, Konstanty Gorbatowski’s creative work was largely influenced by the 1930s. The period of the 1930s is epitomised by the clashing of many political ideologies, including Marxist Socialism, Capitalist Democracy, and the Totalitarianism of both Communism and Fascism. In the Soviet Union, Stalin’s government needed urgent funds to implement the rapid industrialisation demanded by the first Five Year Plan. It initiated a secret proposal to sell off treasures from the State Hermitage Museum in Leningrad (St. Petersburg), including a preliminary list of two hundred and fifty unique paintings by the Old Masters, a number of which ended up in the collection of Andrew Mellon via the New York based art dealing company, Knoedler.